I've often descended into internet research about one thing or another. To illustrate - once my roommate went to a Willie Nelson concert, which prompted me to read his biography. That's how I know he has a second-degree black belt in tae kwon do. But I digress. Who I really want to write about today is Noam Chomsky, media literacy and the history of the world. Big topic but I think the following 3 videos I watched today tie quite nicely with each other.

First I watched the introduction to Media Literacy by CrashCourse. John Green might be a successful romance writer, but his biggest achievement in my mind is launching this youtube series. It's very simple and fun and informative. I do get a sense that the target audience are high schoolers, but I like animations and their Computer Course helped me understand what was going on with C, during my brief stint taking Harvard's CS50 class. So anyways they just launched this channel and I think it's amazing! As a Russian immigrant I have a tendency for distrust, do to communism and Putin and whatnot (I think it's a common Russian characteristic because that's the only reason we survived and got out). As a marketing professional this sense is even more heightened. Afterall we get paid to manipulate people into buying products they often don't need. So yeah propaganda isn't reserved only for war-time, it's all around us. Just recognize that 'natural' isn't the same as 'organic' when buying food. That's how subtle the lies get (yes it takes me hours to buy something new at a grocery store). This video was just an intro, however I'm excited to watch this and see what they teach me. In the comments section lots of people kept citing Noam Chomsky, and I realized I embarrassingly knew very little about him. (Russia has some great social commentators but that's for another time).

So before I dive into the final video, I did get distracted by this wonderful TED talk about the History of the World in 18 minutes. The entirety of it is very fascinating, but what stood out was the ending. The presenter, David Christian, explained about collective learning. Despite all the odds our 'Goldilocks Conditions' allowed for the global brain of 7 billion people to prosper...and yet destroying us. We are collecting information that keeps us prospering, but somehow we aren't learning from it. Christian is building a network of world knowledge for his grandson, so he can learn from it and save himself and the human race (okay a bit extreme, and debatable if we're worth saving, but moving on). So then how is it that we spend 10+ hours a day consuming media and are still dumb enough to keep weapons of mass destruction operating. This is where Noam Chomsky fits so well in exploring.

I know anyone familiar with Noam Chomsky will fly into rage that I am sighting this particular interview from Google Talks. The interview is terrible, he's clearly not familiar with the legend and not quite in tune to adjust to the conversation. However it is a beautiful comparison of two worlds colliding. While Google is concerned about the typical techie questions we have begun to overuse in Silicon Valley like what inspires you or what is the future of AI, Chomsky is answering much deeper inquiries. He explores how the working class educated themselves above aristocracy by going out and reading / asking questions. That the existence of libraries brought a much bigger change than the internet. And while AI displays incredible engineering achievement of cognitive science, it really should be exploring humanity and its failure to protect itself in the wake of its self-created dangers (privatized control and global resource deterioration). For once tech really seems to matter. For too long I felt that what innovation created here in California has forgotten to connect to people and philosophy. But Noam Chomsky offers avenues of directing this collected knowledge towards understanding humankind. And to truly bring it full circle, Chomsky critics Google and their reliance on advertisement to sustain themselves while perpetuating a limiting view of the world for the masses. He goes onto reference the lack of rational, educated consumers being created by ads, thus destroying the fundamentals of economics regarding supply and demand. The takeaway is that this isn't deep, we just don't think about it. So please excuse me while I go and watch all his videos and read all his books, because as a naive marketer myself I have finally discovered something that truly matters to explore beyond surface level teachings. This satisfies my distrust of media and addresses the consequences. Hopefully I will have a much more informative follow up soon.

P.S. The complete opposite of the previous interview, but more on this one later: 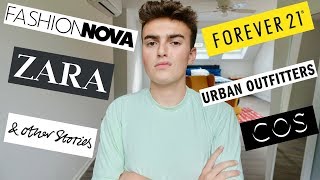 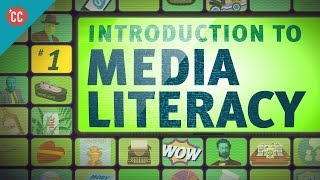